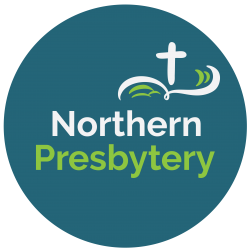 Missions have been my life-long passion. It began with inner-city Rescue Mission work where I was employed during the last year of my initial ministerial studies. After graduating, I joined the ministry team of the church where I grew up in rural Michigan. From there, they sent me to a neighbouring area to establish a new congregation. A successor was found to continue that work allowing me to join a Baptist Missions Board which I represented for 20 years. The role allowed me to travel internationally and encourage congregations to think missionally.

Taking up residence in New Zealand, I helped establish a new congregation in West Auckland. The work was augmented by theological studies through the Auckland Consortium of Theological Studies (ACTE). Studying missiology in a New Zealand context, seeds were planted for future use. During a Sabbatical I began attending one of Northern Presbytery’s congregations. That ultimately led to my current opportunity to serve Northern Presbytery.

Because of the importance of effective mission for there to be healthy congregations, and thus for the future of our church, the Presbytery Council at its July 2019 meeting approved the creation of a new Mission Enabler Role, for an initial three-year term.

The overall purpose of the Northern Presbytery’s Mission Enabler Role is to advance the provision of effective mission activities by its congregations. This is done in 4 areas:

The Northern Presbytery Mission Enabler collaborates with the national Mission Catalyst Team chaired by PressGo’s Catalyst. Further information of an Enabler’s/Catalyst’s role can be found on PCANZ website, Mission Planning.

What is a Mission Initiative?
The Mission Enabler encourages each of the Presbytery’s five regions to initiate projects that expand the Gospel into the Community in a new way. Any opportunity to connect the Gospel between congregation and community is encouraged. This will look different for each congregation. For some, it is starting a holiday programme, for others, it is setting up a local foodbank. There is no recommended method or programme. Every ministry is encouraged to express the Gospel in a way that connects with its local context.

How do you work with PSN?
The Mission Enabler collaborates with the Presbytery Support Northern’s Community Advocate on a regular basis. toward creating a joint-venture that connects Northern Presbytery churches collectively to its wider community.